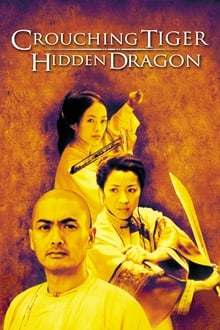 Easily my favourite of Lee's films, plus this was a no-brainer for me to watch, since I love martial arts films and the three stars. Peter Pau's cinematography and Dun Tan's soundtrack deservedly won two of the four Oscars, amidst its ten nominations, but even though the production values and story were the reason that this, rather than more significant martial arts classics, such as 'The 36th Chamber of Shaolin' and other Shaw Brothers' masterpieces of the genre is that it stepped outside the box and became mandatory viewing for both genders and all cultures with its love story, in the same way that 'Rocky' isn't simply a boxing movie. Still fascinating watching today, and the scene in which the restaurant is destroyed is one of the most fascinating set-pieces I have yet seen.