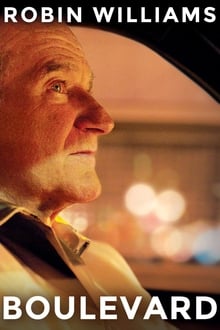 A mighty actor in a light role, accomplish it like usual.

Ian McKellen would have been a convenient actor to lead in this as it was a very close to his real life. You might have heard this is a Robin Williams last movie. One final amazing character display where the whole movie was about his part, but nothing else. A decent storyline, but a simple, low cost drama about homosexual.

The exposition of the tale was very brief, but took its time to evolve in the entire 90 minutes. Still clarifications like regarding his wife, their marriage and the end scene can not be proved its meaning. Though we can assume them in many angles. I think those were the major setback for this film, otherwise it could have been a better one.

I would have loved it if the emotions were stronger. Because the film characters and their relationship constructions were absorbing. So the only missing piece was the sentimental appeal. But Robin Williams' sudden dismissal and the time of this movie is coming out is what heartbreaks, especially the sort of role he appeared in it. I am positive that if you like him very much, then you must see it.