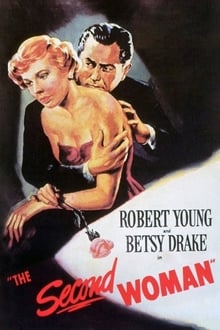 Architect Jeff Cohalan (Young) is a troubled man, after the mysterious death of his fiancée in a car crash, he has been acting strangely and lives a lonely life at the Hilltop House he designed for his bride to be. When he meets Ellen Foster (Drake), things perk up as he becomes attracted to her. But he is constantly plagued by bad luck, something which doesn’t go unnoticed by Ellen, who suspects that Jeff may not be the victim of paranoia, but of something sinister perpetrated by outside forces…

The Coast of Kings.

If you can get away from the looming presence of such great films like Gaslight and Rebecca, then James Kern’s movie holds some gothic noir rewards. The house at the centre of tale is a modern development, which is a shame as it goes against the coastal atmosphere lifting up from the Carmel-On-Sea location that was used for these parts of the film, but otherwise there’s a strong brooding mystery bubbling away throughout. As the bizarre instances of misfortune start to mount up on Jeff Cohalan, with director Kern showing a good appreciation of pacing, it builds up a menacing head of steam and then unravels a better than adequate denouement.

Young and Drake inevitably tug at a romantic thread, but they make for an engaging couple and Drake especially gets her teeth into a female role of intelligent substance. John Sutton files in for some decent caddish quotient and Bates and O’Neil add some professionally elder support. Mohr’s (Bullets or Ballets/The Lineup) photography is the key, consistently at one with the psychological beats of the plotting, his lighting compositions make the film seem far more higher in production value than it was.