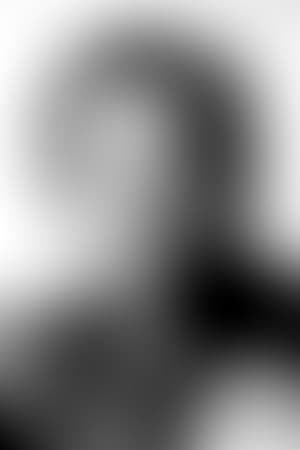 Earl Eugene Scruggs (January 6, 1924 – March 28, 2012) was an American musician noted for popularizing a three-finger banjo picking style, now called "Scruggs style," which is a defining characteristic of bluegrass music. His three-finger style of playing was radically different from the traditional way the five-string banjo had previously been played. This new style of playing became popular and elevated the banjo from its previous role as a background rhythm instrument to featured solo status. He popularized the instrument across several genres of music.

Scruggs' career began at age 21 when he was hired to play in Bill Monroe's band, The Blue Grass Boys. The name "bluegrass" eventually became the eponym for the entire genre of country music now known by that title. Despite considerable success with Monroe, performing on the Grand Ole Opry and recording classic hits like "Blue Moon of Kentucky," Scruggs resigned from the group in 1946 due to their exhausting touring schedule. Fellow band member Lester Flatt resigned as well, and he and Scruggs later paired up in a new group they called Flatt and Scruggs and the Foggy Mountain Boys. Scruggs' banjo instrumental called "Foggy Mountain Breakdown," released in 1949, became an enduring hit, and had a rebirth of popularity to a younger generation when it was featured in the 1967 film Bonnie and Clyde. The song won two Grammy Awards and, in 2005, was selected for the Library of Congress' National Recording Registry of works of unusual merit.

Flatt and Scruggs brought bluegrass music into mainstream popularity in the early 1960s with their country hit, "The Ballad of Jed Clampett" — the theme music for the television sitcom The Beverly Hillbillies — the first Scruggs recording to reach number one on the Billboard charts. Over their 20-year association, Flatt and Scruggs recorded over 50 albums and 75 singles. The duo broke up in 1969, chiefly because, where Scruggs wanted to switch styles to fit a more modern sound, Flatt was a traditionalist who opposed the change, and believed doing so would alienate a fan base of bluegrass purists. Although each of them formed a new band to match their visions, neither of them ever regained the success they had achieved as a team.

Scruggs received four Grammy awards, a Grammy Lifetime Achievement Award and a National Medal of Arts. He became a member of the International Bluegrass Music Hall of Fame and was given a star on the Hollywood Walk of Fame. In 1985, Flatt and Scruggs were inducted together into the Country Music Hall of Fame and named, as a duo, number 24 on CMT's 40 Greatest Men of Country Music. Scruggs was awarded a National Heritage Fellowship by the National Endowment for the Arts, the highest honor in the folk and traditional arts in the United States. Four works by Scruggs have been placed in the Grammy Hall of Fame. After Scruggs' death in 2012 at age 88, the Earl Scruggs Center was founded near his birthplace in Shelby, North Carolina, with the aid of a federal grant and corporate donors. The center is a $5.5 million facility that features the musical contributions of Scruggs and serves as an educational center providing classes and field trips for students.

Description above from the Wikipedia article Earl Scruggs, licensed under CC-BY-SA, full list of contributors on Wikipedia.