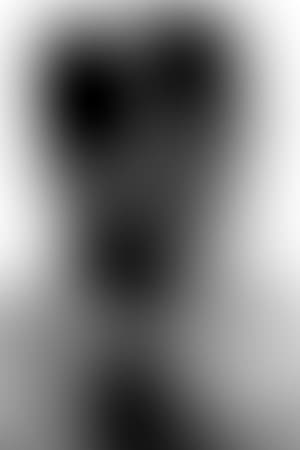 Blake was born as Nancy Ann Whitney in 1926 in Eagle Rock, Los Angeles, California, the first child of Martha Mae Wilkensen and Harry Whitney. Her childhood was spent traveling across the country with her family, attending 16 different schools. Attending Pasadena City College, Blake worked in small-theater groups in the Los Angeles area, and in the summer, worked at her mother's ice cream stand in MacMinneville, Oregon.

After her appearance in an amateur Hollywood production of "The Women" caught the attention of talent scouts, she appeared on a number of television programs, including the syndicated Johnny Midnight, Sheriff of Cochise, and twice on Rod Cameron's State Trooper.

In addition, she guest-starred on Mike Connors's Tightrope detective series, in the 1960 episode "High Bridge" of the NBC western series Overland Trail starring William Bendix and Doug McClure. She also appeared in the first episode of the syndicated western series Pony Express in the episode "The Good Samaritan". Her guest appearance in the short-lived series "The D.A.'s Man" garnered an Emmy nomination in 1959.

Blake is best remembered for having portrayed Dorothy Baxter, an interior designer and the wife of George Baxter (Don DeFore), a lawyer, on the NBC sitcom Hazel (1961), starring Shirley Booth in the title role as a bossy maid. In the last season on CBS, DeFore and Blake left the series and were replaced by Ray Fulmer and Lynn Borden, respectively in the roles of Steve and Barbara Baxter, the younger brother and sister-in-law of George Baxter.

After Hazel ended, she guest-starred in an episode of ABC's western series The Legend of Jesse James starring Christopher Jones in the title role. In 1967 she played attorney Lee Drake on The Andy Griffith Show. As demand for her in network television and films dwindled, Blake became a hostess of a Los Angeles television talk show. After that, Blake again reinvented herself and became a film and television director, producer, and writer.

Blake guest starred as "Angie" in "Incident of the Curious Street" in Series 1 Episode 13 of Rawhide, and played leading lady to James Garner in "The Day They Hanged Bret Maverick," the 1958 second season opener for Maverick. She appeared on the first episode of the long running television program Perry Mason as the defendant Evelyn Bagby (and at least one later episode), and appeared in the first film version of a Mike Hammer novel when she starred in My Gun Is Quick in the 1950s.

Description above from the Wikipedia article Whitney Blake, licensed under CC-BY-SA, full list of contributors on Wikipedia.