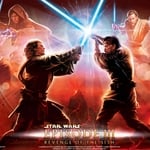 I am a contributor in Greek movie titles. The title entries i create or i make changes to, ALWAYS have the original (by the studio) official title given by the Greek distributor. For example the title "Captain America: Civil War" in Greek has been officially named by the distributor "Captain America: Εμφύλιος Πόλεμος". Someone went on and changed that title to "Κάπταιν Αμέρικα: Εμφύλιος Πόλεμος" which is WRONG, given that the distributor in Greece is the ONLY ONE capable of giving the original movie title for our home country (Greece). So changing that to what ever comes in mind or because it looked better by his opinion is simply wrong !!! Please don't change the titles i create to what ever comes in your mind. I only do official things and nothing fan made just for my convenience or because they looked better. I also ALWAYS add the full official info's of a movie title, like for example: the Greek release dates, synopsis, movie trailers, posters, alternative titles, e.t.c given ALWAYS from the official distributors in Greece. So please don't change my entries please. I think i am fair enough by asking this as more politely i can possibly can, given the fact that i have spend a lot of time and effort in this website contributing, for someone else coming and destroying all i have done. THANK YOU for reading. * P.S I am also the official contributor for Greece in the website http://www.blu-ray.com for the Greek titles, and also the official moderator for the Greek movie titles in the forum http://www.avsite.gr *for whom it may concern

The Naked Gun 2½: The Smell of Fear

The Naked Gun: From the Files of Police Squad!