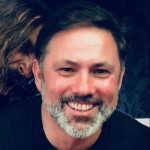 Involved in the Australasian film sector since 1986, I started my career in the sales and marketing divisions of Village Roadshow, Columbia Tri-Star Films and 20th Century Fox; by 2000, I was Asia Pacific Sales Manager for ‘The Showbusiness Bible’, Variety. Turning my focus to full time film journalism, my work was published in Inside Film, The Big Issue, FilmInk and Empire magazines and on various online outlets, including Screen Hub and Digital Retribution. After 4 years as one of the original editorial team at SBS Movies, I launched SCREEN-SPACE in 2012. I am currently film reviewer on Macquarie Media's radio network; host The Fish Bowl Film Show on ABC 92.5FM Central Coast; and, present a weekly film review segment on ABC-FM Statewide Drive (the largest non-metropolitan radio audience in Australia). A member of the Film Critics Circle of Australia (FCCA), I have served on the jury at The Sydney Underground Film Festival, the Melbourne Film Festival sidebar Telescope, The South Australian Screen Awards, The Byron Bay International Film Festival, Melbourne's Monster Fest, the Melbourne Documentary Film Festival, the Gold Coast Film Festival, the Russian Resurrection Film Festival and the Dungog Film Festival; I served three years as Head of the Festival Jury for Sydney's A Night of Horror/Fantastic Planet Film Festival. In 2018, I will serve my first term as the Program Director of the SciFi Film Festival. Married with two daughters, I live in Sydney, Australia.