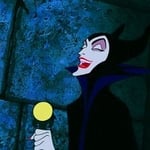 I am a 31-year-old guy, who enjoys films exceedingly. I mostly like horror films, but I also like drama, thriller and mystery flicks. I can appreciate comedies every once in a while, but that doesn't happen very often. I have zero interest in action flicks, although I regard "Charlie's Angels" as a guilty pleasure.

Yes, I am another IMDb refugee, looking for shelter in these message boards and I'm getting pretty comfortable here.

Milo_Jeeder hasn't made any edits recently.