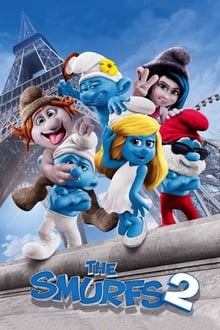 Again, Neil Patrick Harris and Jayma Mays are the best thing about this movie titled "The Smurfs", and this time they have more humans taking the focus away from the Smurfs. Additionally they have the Naughties that also distract from the Smurfs, but they at least make the movie interesting and accent the Smurf story line instead of stealing the spotlight for their own story.

This time around they did something very interesting and focused the story line to Smurfette, not well, but they did it. This allows Gargamel, the Naughties, the Smurfs and the humans (part time) to focus on her so the movie is chiefly Smurf focused, even though (as specifically discussed in the movie) Smurfette and the Naughties aren't technically the same as the others. (This is arguable, as it is possible all Smurfs are magically created.)

The messages of inclusion and togetherness and family are actually a lot stronger in this movie than the first, as well as the level of goofiness from Gargamel, to include his celebrity status.

I think I'm just not a fan of this movie series, but clearly the movies did good enough to warrant their production value.