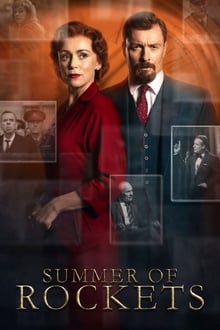 I enjoyed this series, mostly, especially the way it represented the 50s era, which to me sometimes feels more ignored than the decades of the 40s and 60s. I felt the acting was very good and the writing mostly good. Every major character is given a subplot, which I usually found realistic and entertaining.

One review I read pointed out that the movie suffered from being politically correct, and I always worry about that description. That reviewer was unhappy that white men made up all the bad guys. Perhaps the black man kissing a white woman struck him as unlikely in that era. I had no problem with the plot or the way the time period was depicted.

But I will say that the final half-hour or so got away with a plot development it hadn't earned. I won't give it away, but our inventor's interaction in the final scenes, where he is suddenly trusted, seemed abrupt. It would have been more realistic if they had built up to it better. On the other hand, I liked the last second plot twist involving the Timothy Spall character.

Ultimately I liked it despite a few flaws in the plot.