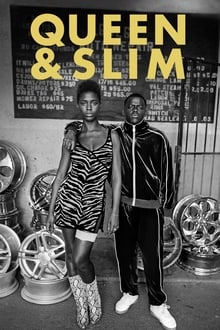 Queen & Slim was entertaining overall, and its social messaging that might have turned off viewers of a certain political world view worked for me. It will not make my greatest movie list, but it held my interest. Not because of its theme or message so much, but more for the character depth and development. I liked how the two main characters don't really even like each other (well, her at least) at first but began to grow on each other. Also, except for the fat cop and e dude near the end with the money, there didn't seem to be any two-dimensional characters. They are all given some depth.

Okay, there are some plot threads shared with movies like Bonnie and Clyde and Thelma and Louise, but there are enough differences to make it still worth watching. The soundtrack didn't particularly grab me, but as an older white dude, I am probably not the primary audience intended for that music. I think I might watch it again after some time passes, as I suspect it might be one of those films where you take something new away from it during a second viewing.