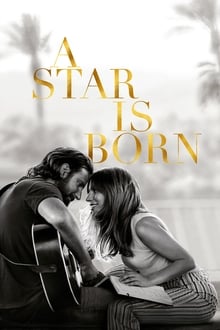 Lady Gaga clearly is (and has been for a very long time) a fantastic singer, and has made massive strides as an actor as well, but I really did not enjoy this.

Bradley Cooper has clearly been studying at the Jeff Bridges' School of Being Completely Fucking Incomprehensible for this one. Maybe he was just trying to lend some believebility to the idea that he and Sam Elliot were brothers, I don't know (If that is the case, it failed miserably). Which I mean, whatever, it's his movie, he do that character whichever way he wants, but I don't appreciate it myself. Honestly the only thing in this, the fourth iteration of A Star Is Born that I did appreciate at all was the first 15 minutes and the last 15 minutes. I didn't love those segments by any stretch, but I liked them at least partly. Not so for what came in between.

I can definitely support A Star is Born's two audio-related Oscars, and maybe, maybe even see my way to understanding the Best Actress nomination for Gaga, but beyond that, I don't follow the logic at all.

Final rating:★★ - Had some things that appeal to me, but a poor finished product.