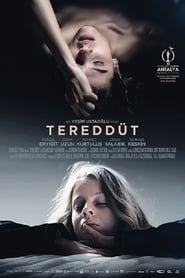 Enormous tendency of a young Turkish girl to change something in her life, is at one side. She is a teenage girl, who abide the religion and all old rules of conservative living. She had to obey their family law, and to marry an older guy, who is not so nice as he should be. Alone, with all her emotions settled in the small cage of her hearth- she didn't have any kind of freedom. She had to live alone, to be home-maid of her husband and his dramatic and boring mommy, to muffle all her emotions (sexual or not), not to say anything against anyone. She was being very sad from the inside.

On the other side, there is a life of a woman, psychiatrist, who enjoys her life, who is an extremely open-minded woman with a modern understanding life, as it is. She has no problem to enjoy her sex life, with one guy or more men, she is some kind of a realistic hedonist. Mature, free, not so religious, creative figure of witty person, who does not obey any unnecessary laws. She creates her own life like she likes it. She understand homosexuality, trans-people, and all possible psychical problems of modern generation. It is contrast with girl tightened with a huge rope of her emotions, religion and reality of becoming a woman, not a child.

Both of them have problems. It seems they are not so different? Tensions is here Drama Heartbeat Emotions Incident End End? What is at the end? :)