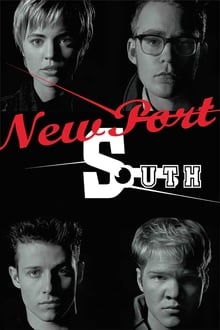 New Port South tells the tale of a student's rebellion against authority and the effects it has upon others. Maddox, the protagonist in the movie, becomes obsessed with a former student named Stanton, who he believes was unjustly locked up in a mental institute after being expelled from New Port South High School. We find out at the beginning of the movie that Stanton has escaped the mental institute and is helping break others out from various facilities across the state. Maddox wishes to avenge as well as impress Stanton by making life difficult for the teachers and administration. Maddox's friends come to realize that Maddox is just as manipulative as he claims the staff to be. Will Maddox learn this lesson for himself before it is too late?