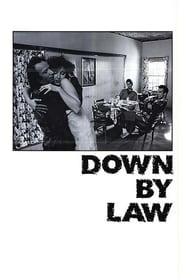 Jim Jarmusch's work can be either intimidating or off-putting, and in equal measure, to cinephiles because it feels so relaxed--almost as if it was a spur-of-the-moment, off-the-cuff precursor of reality-TV, an inside-joke with everyone involved slipping a nod and a wink, as if on a drunken dare, a mickey of JD passed back and forth along with a pack of Marlboros. This brought to mind many good memories of one of the oddest residents of The Criterion Collection: 'Fishing with John' (an exemplary and hilarious six-part mini-series in which John Lurie goes on fishing expeditions with five American cinematic greats, his partners-in-crime here, Jarmusch and Tom Waits amongst them; one that I'd love to see both get a blu upgrade as well as more episodes, now 25 years later). Also, clearly Jarmusch had a fine rapport with his actors, for this is by far the best and most restrained work I have ever seen from Roberto Benigni.

One of Jarmusch's more atypical films, 'Ghost Dog: The Way of the Samurai', is still my personal favourite, but this is right up there alongside. It would also make an intriguing double-bill with Jeff Nichols' stellar, though more serious in tone, recent film, 'Mud'.