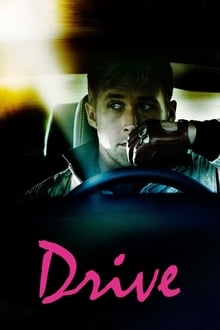 I've never been much of a Ryan Gosling fan (probably why it took me five years to get around to watching Drive). I am a fan of virtually every other cast member in the movie, but I didn't know any of them were in it before I started watching it. Drive wasn't enough to bring me around on to the Ryan Gosling train, but I'll tell you who it definitely did put me on to: Director Nicolas Winding Refn.

The direction is truly king here in Drive. There are a couple of stylistic choices that didn't work for me, like the repetitive vocal-heavy montages, and I was not at all enamoured by Gosling's character (he seemed like kind of a dick). But overall I was impressed, and will definitely be on the look out for Refn's work in future.

Not only did Drive feature some grandly intense bursts of ultra-violence, it also gave me my first jump scare to make me actually jump in... God... Years. At least.

Final rating:★★★½ - I really liked it. Would strongly recommend you give it your time.