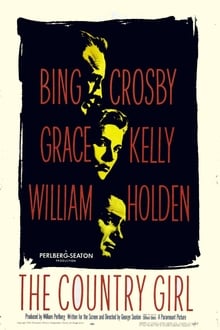 I have mixed emotions in general about Bing Crosby, as both an entertainer and as a human being. Still, as I love both older movies and jazz singing (though most of his music couldn't be considered as such), I have sought out as many of his films as I can inexpensively find. This came out in a fine Grace Kelly boxed set that I found locally very inexpensively, and I greatly admired this performance of hers, at this early juncture of her very short filmic career. It was obvious, even now, that she would be a superstar. Hard to believe that director Seaton, who won an Oscar for the screenplay (Kelly won the other Academy Award, amongst the film's seven nominations), was the same director that later did 'Airport'. Kelly's rapport with both Crosby and William Holden is purely magical.