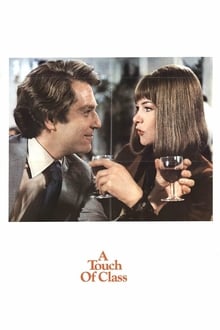 A Touch of Class is directed by Melvin Frank who also co-writes the screenplay with Jack Rose. It stars Glenda Jackson, George Segal, Paul Sorvino, Hildegarde Neil and Mary Barclay. Music is by John Cameron and cinematography by Austin Dempster.

Two great lead performances and a sharp script propel this delightful sex comedy forward. Plot is no great shakes but it matters not in truth, divorced English woman meets American married man, an attraction is there and they agree to go away for a brief holiday to indulge in some stress relieving sex. Upon arrival at the Spanish resort, a number of things get in the way of the couple actually copulating. Once achieved, things start to go a bit sour, and the bickering and withering sarcasm starts. But hold on, there’s more twists to come, right up to the bittersweet finale.

Genuine laughs are dotted throughout, Jackson’s waspish tongue an utter delight, and the pic never teeters over the edge into sentimental hog-wash. It’s obviously a product of its time, though the extra-marital affair theme is daringly mounted for the era. A lovely film, funny, poignant and literate. Score! 8/10