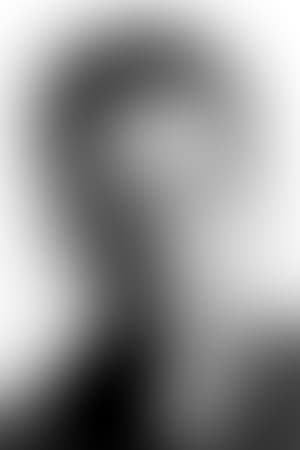 Samuel Klausman Lawrence Parks was born in Olathe, Kansas, on December 13, 1914, of German and Irish descent. As a child growing up in Joliet, Illinois, he was plagued by a variety of illnesses, including rheumatic fever, but persevered with physical exercise and sheer strength of will. Majoring in science at the University of Illinois, his plans to become a doctor dissolved when, to the dismay of his parents, he found a passionate sideline in college dramatics. He began appearing in touring shows, then made the big move to New York, finding initial employment as an usher at Carnegie Hall and a tour guide at Radio City. Following a number of summer stock shows, he made an inauspicious 1937 Broadway debut with a minor role in the Group Theatre's presentation of "Golden Boy". Developing a close-knit relationship with the Group, he was just beginning to build up his resumé in such Broadway outings as "All the Living", "My Heart's in the Highlands" and "Pure in Heart" when he had to return to his Illinois home following the death of his father.

He toiled for a time in Chicago as a Pullman inspector on the New York Central Railroad until the possibility of a film role had him re-setting his acting sights on Los Angeles. Although the film deal fell through, Larry stayed in L.A. and somehow made ends meet working construction. Columbia expressed interest in the fledgling actor and signed him up in 1941 after a favorable screen test. He stayed for nine years. His buildup was slow-moving, taking his first small step with a minor role in Mystery Ship (1941). Time, however, did not increase the tempo or quality of his movies. Either he was oddly cast, such as his role as an Indian opposite exotic Yvonne De Carlo in The Deerslayer (1943), or completely dismissed, as co-star of such obscurities as The Black Parachute (1944), Sergeant Mike (1944) or She's a Sweetheart (1944). His association with the Group Theatre back in New York led to a chance introduction to musical actress Betty Garrett and the couple married in 1944. Larry had settled by this time in Hollywood but Betty was a hot item on Broadway. MGM finally offered her a contract and she relocated to Los Angeles to join her husband. The couple eventually had two children, one of whom, Andrew Parks, became a fine actor in his own right. Their other son, Garrett Parks, served as composer for the film Diamond Men (2000). Larry scored an Oscar nomination playing Jolson (which was originally offered to both James Cagney and Danny Thomas), and hoped for equally challenging roles. His hopes were dashed as the studio instead continued casting him haphazardly in mild-mannered comedies and swashbuckling adventures. Other than the box-office sequel Jolson Sings Again (1949), most of Larry's films were hardly worthy of his obvious talent. To compensate somewhat, he managed to find a creative outlet in summer stock, and both he and Betty put together a successful vaudeville act with one tour ending up playing London's Palladium.

Following the completion of Love Is Better Than Ever (1952) with Elizabeth Taylor, the political scandal erupted and erased all of his chances to do film. One of many casualties of Hollywood "blacklisting", he was forced to end his association with Columbia, and he and Betty, whose own career was damaged, traveled to Europe to find work